Two women are carjacked in Orlando. The suspects in the case are described as being in their late teens to early 20s and ranging from 5-feet-5 to 5-feet-10. The police have released sketches of two of the three men who are suspected of committing the crime and are asking people to come forward if they recognize them. 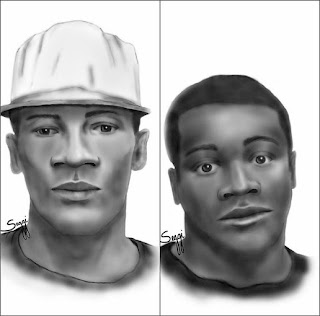 I notice a few things here: when describing the men, you will note that there is no mention of their race, even though the pictures are clearly of black males. Something that I notice is that press reports of a crime where a white person is the victim and a black the suspect, the races of the people involved is never mentioned, even when it is important to the story. When it is a black victim and a white assailant, race is always mentioned, even when it is irrelevant.

The Channel 6 story is the same- no mention of race in the story. Read the comments here, if you want to see how attitudes are shifting. The entire Zimmerman affair has done a lot of damage to race relations in this country.

If I report seeing a person that matches the description of either of these guys to law enforcement, it can be used as evidence that I am a racist. I will take no chances.