Stop sitting around on the dole

This program was never meant tho house you forever. It's been ten months, you have had more than enough time to find a new place to live. Nearly half a billion dollars is enough.
Posted by Divemedic at 8:49 AM No comments:

There is a lot of ink and electrons being used by the press to hype the victory of the Democratic Socialist Alexandria Ocasio-Cortez in New York's 14th Congressional district. The reason such a big deal is being made of this is due to the fact that she upset a long term incumbent, despite the fact that she was outspent nearly 18 to 1.

The incumbent, Joe Crowley, was the leading candidate to take over as the Speaker of the House, should the Democrats win back that body. Moveon is hailing this as some sort of change for the Democrats where this "blue wave" of Socialism, led by the nation's youth, will sweep the nation. A quote from Moveon:


These results are also a shot across the bow of the Democratic establishment in Washington: a young, diverse, and boldly progressive Resistance Movement isn’t waiting to be anointed by the powers that be. Americans from all walks of life who demand change are taking reins of power and showing the Democratic Party what its future looks like.

I don't think so. Her platform includes eliminating immigration enforcement, free health care, free college, free houses, loosening of criminal enforcement, and guaranteed Federal jobs for everyone. She has no real plan for funding these ideas, except "raise taxes."

A closer look at exactly how she won the Primary indicates that her win is less about a sea of change and more about voter apathy. She won just shy of 16,000 votes out of 27,000 cast, in a district with over 236,000 registered Democrats. That equates to a voter turnout of under 12 percent. In fact, looking at the turnout in New York, turnout for Democrats was between 4 and 14 percent. On the other hand, turnout for Republicans was mostly between 15 and 19 percent.

I don't think that this primary is as much a sea change as it is a statistical anomaly caused by low voter turnout. Where this is significant is that a twenty year Congressman who was a leader in the House was ousted, and will be replaced by a freshman. New York 14 is a solid Blue district, where 80% of voters vote Democrat, 70% of residents don't speak English, and that won't change in November. I think what we are seeing is the traditional base of the Democrats is staying home, and this places some of the Democrat seats in jeopardy.

Voter turnout will have a huge factor in the upcoming elections, as it always does in midterms. With no real platform other than "resist Trump" it remains to be seen whether or not the Democrats can energize their base enough to make a difference.

I am thinking about buying a new gun, but I don't know anything about the CZ Scorpion. Has anyone had any experience with it?
Posted by Divemedic at 9:50 PM No comments:

The game plays out, and the first (driving) team scores 42 baskets for a total of 84 points, but loses to the second (three point shooting) team, who scored 29 baskets for a total of 87 points. The fans of the first team are incensed because their team scored more times than the other, and they insist that the league declare their team to be the champion. They demand that the three point shot be eliminated from the game. Surely, if it wasn't for that stupid three point rule, their team would have won.

The following season, the fans decide that they will not allow the other team to play. The engage in a system of buying tickets to the team's games and then they sit on the court and refuse to leave so the team can play. They also harass every employee of the team, from the guy who sells beer in the stands to the coach. They stand outside their houses, harass their children at school, and even refuse to allow them to enjoy an evening out.

This story is, of course, the story of the 2016 election and the Democrats' response to it.
Posted by Divemedic at 8:20 AM No comments:

I splurged this weekend and bought a dual illumination ACOG for my AR10.
Posted by Divemedic at 8:18 PM No comments:

Here is a video of the homeless camps in Santa Anna, California. This is where the policies of the sanctuary state are leading us. We are quickly becoming a third world country.


Posted by Divemedic at 9:22 AM No comments:

ACLU to only protect left speech

The ACLU, long a defender of the Bill of Rights (except the  Second Amendment, which they abhor) has decided that the only speech that needs to be protected is that which is approved of by the left.

The collapse of this nation continues, and we march ever so closer to the Second Civil War.
Posted by Divemedic at 8:29 AM No comments: 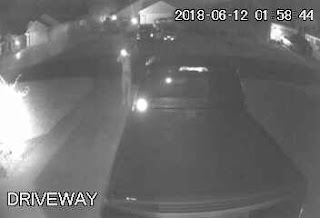 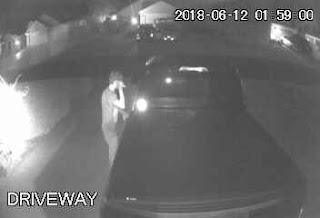 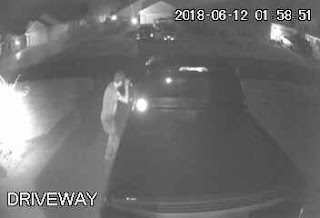 For the past three weeks, I have been on vacation in Europe. We flew from Florida to New York, and caught a flight from there to London. Two days in London, and then on to Barcelona, Spain. We spent the night in Barcelona, where we caught our cruise ship.

The cruise went from Barcelona to Mallorca, then on to Marseilles, France. From there, we went to Florence/Pisa, then Rome, and Naples, Italy before returning to Barcelona. When we got off the ship in Barcelona, we spent four nights there, touring the city.

From Barcelona, we went to Dublin, Ireland. We spent four nights in Dublin, and then back to London for two days before catching our flight back to this side of the pond.

It was a great trip, and I am sure that I will be posting more about it in the near future.
Posted by Divemedic at 5:43 AM No comments: