On Saturday, September 22, 2018, Brandon Clanton and Julia Napiontek attacked four people (including an 11 year old child) in the parking lot of a Circle K in Silver Springs, Florida. The attackers were previously unknown to their victims, and there was no known motive for the attack.

At the time of this attack, Clanton was out on bond that stemmed from a separate incident that occurred on August 23, 2018. During that incident, Clanton approached a 17-year old child (who he did not know) in a convenience store and violently struck him multiple times. The teenager needed seven stitches on his face because of the unprovoked attack. Clanton was charged with Aggravated Child Abuse in that case.

The chances of being approached and attacked by a couple that I do not know is one of the many reasons why I carry a weapon.
Posted by Divemedic at 11:02 AM No comments:

A third woman has come forward to testify that Kavanaugh exposed himself to her. Exclusiave footage of her testimony is below:


Posted by Divemedic at 7:13 PM No comments:

Use it while you have it

I really have to say that I disagree with the Democrats on nearly every single idea that they have. However, one thing I admire about them is when the Democrats have control of Congress, they know how to press their advantage. In contrast, the Republicans come across as weak kneed, spineless idiots. This isn't just me, even Limbaugh agrees.

Look back at Obamacare. The Democrats shoved it through because they had the votes.

Now look at every Republican plank:

Every single time, they waffle and accomplish nothing. The Republicans have the votes to confirm Kavanaugh over the objections of the Democrats, but lack the will to simply take a vote and make it happen.

So they will sit there in limbo, afraid to make a decision. The elections will come in November and the Democrats will retake congress. The Republicans will go back to begging the Dems for a seat at the table, and the Dems will impeach Trump. Then they will impeach Pence, making the Dem Speaker of the House (Feinstein?) our next President.

Why? Because the Republicans are pussies.
Posted by Divemedic at 6:19 PM No comments:

An Orlando cop has gotten himself into trouble because he was caught referring to black people at a local gay bar as 'savages.'

The bar, called Parliament House, is right between two notoriously crime ridden neighborhoods: Paramore, and Pine Hills. I have written about Pine Hills being one of Orlando's 'no go' zones before. In fact, I have blogged about the neighborhood on many occasions. Pine Hills is one of the 4 most dangerous zip codes in America.

Savages, indeed.
Posted by Divemedic at 5:30 AM No comments: 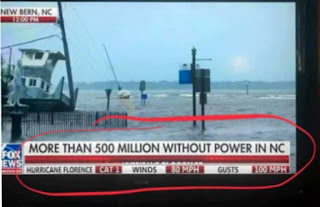 Posted by Divemedic at 6:23 AM No comments:

The anti gun movement in the United States keeps bleating on about stopping "gun deaths." They claim that the US has the highest rate of "gun death" of all "developed" countries. When you point out that the US homicide rate is actually in the lower half of all nations, they change the subject back to "gun deaths."

Incidentally, the woman who was killed in the above paragraph had a 15 year old daughter that was killed by the MS-13 street gang. They used a machete, so that death didn't count, either.
Posted by Divemedic at 8:32 AM No comments:

A Nevada college professor shoots himself to protest the nation's (lack of) gun control laws.

1 Idiot
2 He was lucky that the shot that passed through his arm didn't hit anyone else.
3 I also want to know how he only bought 2 rounds of ammo. That doesn't make sense. What gun store would go along with "I want to buy this gun and two bullets, because I am only going to use it once?"
4 He left notes detailing his plan. There is no way he can be found not guilty, having planned it all before confessing. His only shot is to be declared insane.

I hope they throw the book at him.
Posted by Divemedic at 11:29 AM No comments:

Florida's Democratic candidate for governor, Gillum, claims that he will institute free healthcare for all, by adopting Bernie Sanders' "Medicare for all" plan. Just what would such a plan cost, and how would Floridians pay for it? Fortunately, we have a plan in place for some Floridians, and we know how much that plan costs: Medicaid.

4.3 million people are on Medicaid in Florida. The state of Florida pays 39% of the cost of this plan, which costs the state $21.8 billion. That number represents 32% of the state budget.

In order for the state to have "Medicare for all" the Federal government will not be picking up a portion of the tab, meaning that Floridians would have to cover 100% of the cost of covering the other 17 million people in Florida. This would cost somewhere in the neighborhood of $265 billion. In order to afford such a plan would mean the state budget would have to increase from $68 to $302 billion, and Medicare/medicaid would be three quarters of that.

Where would the extra money come from? Gillum claims that he would get that money by increasing the corporate tax by 40%, from its current level of 5.5% to 7.5%. According to poitifact, the 5.5% corporate tax brings $2 billion a year. Increasing that tax by 40% would mean that the state of Florida add another $800 million to the state's coffers, even assuming that no businesses leave the state because of the new taxes.

This additional $800 in tax revenue would still leave the state with a $233 billion shortfall. Even if Florida doubled its sales tax to 12%, this would only give the state an additional $30.5 billion, leaving the state with a $200 billion shortfall. The only way that the state could come up with this kind of money would be to institute a state income tax. Even doubling the state sales tax would require a 25% income tax on all income above $20,000 in order to make the numbers work.

No other source of tax revenue could come close to making this plan possible, and there is no state legislator who is stupid enough to propose that. This is probably the reason why Gillum wants to ban most guns, because he would have much to fear if he tried.
Posted by Divemedic at 9:12 AM No comments:

Reps. Dennis Kucinich and Robert Wexler introduced 35 articles of impeachment against President George W. Bush in 2004 that centered on the Iraq War, Hurricane Katrina, global warming and the 2004 elections.


Democratic Rep. Henry Gonzalez pushed to have President George H.W. Bush impeached in 1991 because of the Gulf War.

In early 1983, Rep. John Conyers, D-Mich., said Reagan should be impeached "for incompetence." Later that year, he called for impeaching Reagan over his military action in Grenada. Texas Rep. Henry Gonzalez and six other Democrats introduced a resolution to impeach Reagan in 1987 over the Iran-Contra affair.

In 1974, there was the threatened impeachment of Richard Nixon over the Watergate break in. 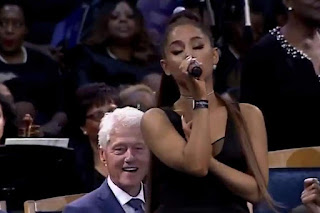 
Now tell me what people would say of this were reversed. That is, what if the person cutting the hedges was a well built woman who was thanking the old men behind her for gifting the skimpy bikini she was wearing.


Posted by Divemedic at 5:00 AM No comments: