We hear time and again from anti gun people that "Australia saw a 50% reduction in their murder rate after passing a gun ban." Is this really true? Let's take a look at the facts.

In the wake of the Port Arthur massacre in 1996, where a man went on a shooting spree which killed 35 people and injured 23 more, Australia passed a law  This law, the Medicare Levy Amendment Act  of1996, mandated that many had to turn in their guns in exchange for $500. It was passed without true representation. When pro gun people attempted to join political parties and to vote, they were prohibited from doing so by the anti gun politicians and court (pdf warning). This confiscation was completed on September 30, 1997.
EDITED TO ADD: There are numerous newspaper articles that detail how the Liberal party of the country did all in their power to keep people from being able to vote on the issue. Here is an example, and a quote:

The Queensland Liberal Party plans to thoroughly check new membership applications in order to prevent members of the gun lobby joining and challenging the preselection of politicians who support gun controls. The New South Wales Liberal Party will have prospective new members forms checked at their head office.

There was also talk about "extremists" infiltrating the parties. These "extremists" were eventually not permitted to vote:


Atkins examines whether the increased activity of the far right over the past two months reflects something serious in Australian politics, and whether it poses a threat to the National Party. He canvasses the opinions of Andrew Moore, Gerard Henderson and Liz Van Acker, who feel that the potential infiltration of the National Party branches is a more serious issue than the emergence of a new party. The mainstream right needs to confront right wing extremists in the same way that Labor has taken on left wing extremists. Politicians must also put themselves back in touch with what is happening outside the major urban areas.

Can't have those extremists voting. Only people who have the approved opinion may vote.
END EDIT

The laws in effect in Australia are much more strict than in the US, and as a result, only 5% of the public owns firearms. The anti gun people here in the US insist that this resulted in a 50% reduction in the Australian murder rate. The Australian government has tracked homicide statistics under the National Homicide Monitoring Program (NHMP) since 1989.

According to the NHMP, the highest murder rate in the country's history was in 1999, with 344 murders being reported. That was TWO YEARS AFTER the strict gun laws went into effect. In fact, the number of murders in Australia have remained steady at between 250 and 350 murders for the entire time that the government has been tracking the statistics. 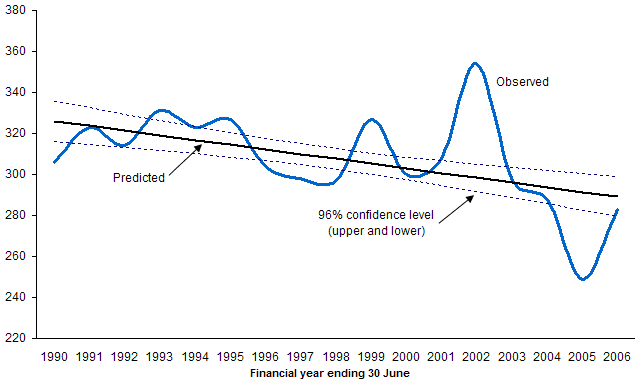 So where do the anti gun folks get their "fact" about a 50% reduction from? From 1915 to 1996, about 30% of homicides in Australia were committed by people wielding firearms. From 1996 onwards, that has fallen to about 15%. So what we have seen is a 50% reduction in FIREARM murders, but we have seen a corresponding increase in non-firearm murders, so that the overall rate of homicide has remained unchanged. 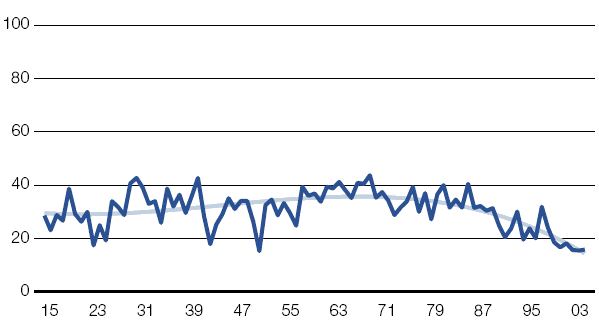 It doesn't matter whether a person is killed with a gun, a stick, or a balled up fist, they are still dead. Unless, of course, you have a political agenda.
Posted by Divemedic at 3:07 PM

"When pro gun people attempted to join political parties and to vote, they were prohibited from doing so by the anti gun politicians and court (pdf warning)."

The attached PDF doesn't seem, on a quick read of a fairly lengthy document, to contain any support for this accusation. It does state repeatedly that a gun buyback program was supported by a majority of Australians and by a majority of firearms owners, which is probably true given Australians' existing attitudes toward private ownership of firearms. Also, voting at the federal level has been compulsory in Australia since the early 1900s - who were all these unregistered voters?

There was a lawsuit filed by 500 gun owners, claiming that they were being disenfranchised by not being permitted to join the Liberal party and vote. The case went to the Australian Supreme Court of South Australia in 1997, and the shooters lost.
I will update the article with more details.