Ignorance of the law is certain

There is a well known legal quote that "Ignorance of the law is no excuse." Of course, that was once easier than it is now.

In 1925, all of the Federal Laws fit into this volume: 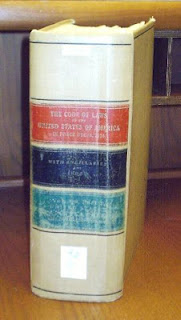 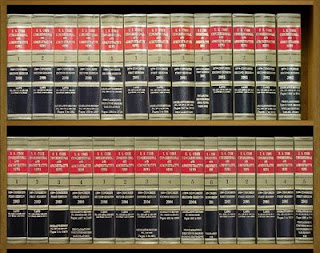 There is also the United States Code of Federal Regulations (CFR), which are administrative rules that have been adopted by Federal agencies like the BATFE, the FCC, FAA, EPA, and others. These rules have the force of law. That set of books looks like this: 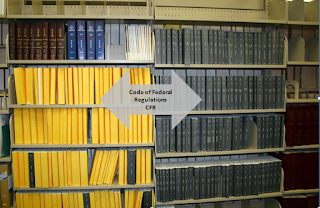 Then there are the laws and administrative codes for your state, your county, and the city that you live in. On top of that are the hundreds of books of court cases that explain, modify, and expand on all of those laws.

In short, there is no way for anyone, even someone who has spent his life studying the law, to know and comply with the law.

Remember, the only power that governments have is the power to crack down on criminals. The more criminals, the more power the government has. When there are not enough criminals, one makes them by declaring so many things illegal that it becomes impossible for men to live without becoming criminals.

That is where we are today.
Posted by Divemedic at 4:28 PM