More evidence that politicians of all parties are corrupt and lacking in morals. This article shows that the Republicans in general, and attorney general Pam Bondi in particular, were taking bribes campaign contributions from the mortgage industry in exchange for overlooking the fact that the banks were committing fraud and forging legal paperwork, so that they could steal foreclose people's homes.

If you look at campaign contributions to Bondi, a certain address comes up a lot: 601 Riverside Avenue in Jacksonville. It’s the home of Lender Processing Services, its subsidiaries, and the company it recently spun off from, Fidelity National Financial.
Altogether, those companies gave $6,500 to Bondi’s campaign directly. They also gave $78,000 to the Republican Party of Florida – which was itself a major funder of Bondi’s campaign
Finally, Lender Processing Services recently hired a new senior vice president for government affairs – Joe Jacquot, who until recently was an assistant attorney general for Bondi.

In exchange for these "contributions," Bondi fired the attorneys who were investigating claims that the banks were "creating" documents out of thin air and using them as evidence in foreclosure proceedings.

Even though they were sworn statements, that the signing party has personal knowledge of the facts. So much for investigating.

It's OK, it was just legal technicalities, anyway: 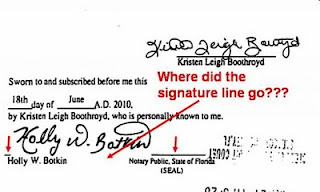 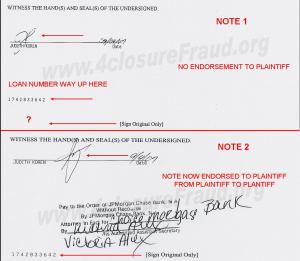 Posted by Divemedic at 6:05 PM

They should join Ken Laye in jail.

Isn't Ken Laye dead? I hope they aren't still keeping him in jail!