How are rights safeguarded? 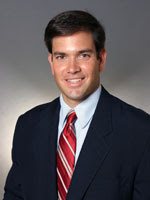 Marco Rubio, a candidate for Senate from my own state of residence, is attempting to get elected for the Senate seat being vacated by Mel Martinez. He had this to say on Twitter:

I have a feeling the situation in Iran would be a little different if they had a 2nd amendment like ours. #sayfie #tcot #nra

I think that this is true. An armed people is much more difficult to oppress. True to form was the Huffington Post reply:

But when I consider the sorts of things the Iranians could stand to borrow from America, a poorly worded amendment dealing with gun ownership rights and militias is way down the list. I think that maybe Iran could stand to have some separation of powers, a line between church and state, a free press, freedom to worship, the right to assemble, the right to speak freely, a freedom from unlawful searches, due process of law, womens' suffrage, and a government that doesn't terrorize its citizens with armed thugs or threaten its neighbors through terrorist proxies.

I have a question for you: Just how do you think that those rights are safeguarded? How does a disarmed populace fight off a totalitarian, theocratic dictatorship? After all, Iran has already proven that they do not have free elections, they have already shown that they are willing to kill their own citizens, censor their press, persecute on religious grounds, and generally commit all of the atrocities that you speak of. So with all of this in mind, just how do you suppose that an unarmed populace will win these freedoms?

In the US Constitution, all of the Amendments of the Bill of Rights are important. The Second plays an important part in securing the others, for a government that is outnumbered 100 to 1 by a well armed populace will think twice before gunning down young women in the streets.

So many lefties are so fond of saying that "if the protesters had guns, then the situation would be a bloodbath." I would point out that there are some words that come to my mind when only the oppressors have weapons: massacre, genocide, purge.

People who believe that everything in life can be solved without violence are living in a fantasy world where no one is ever greedy or power hungry. Let us hope that we in the United States never have to learn any different.
Posted by Divemedic at 8:25 PM