We left Zion and headed for Las Vegas. We stopped at an In 'n Out Burger for lunch. Too bad those places are only out west, because they were pretty good, especially for the price.

When we got into Las Vegas, we spent the first night just off the old strip. 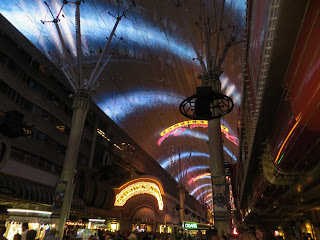 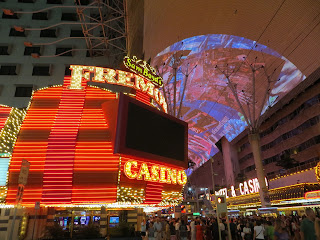 The street performers provided us with LOADS of entertainment. 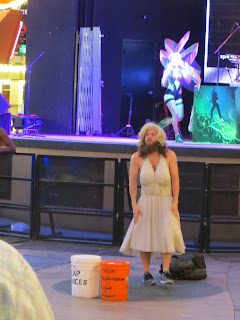 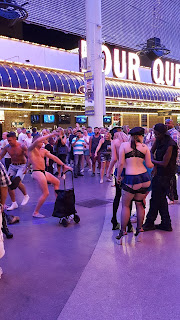 For the next five nights, we stayed on the strip at the New York, New York hotel and casino. We walked the strip, caught a showing of a Cirque du Soleil show, and spent some time in the casino. It was pretty warm while we were there- temperatures were around 102 degrees F during the day, but the humidity was low, and there was a pretty strong breeze blowing, meaning that it was pretty nice as long as you stayed out of the sun.
The casino was pleasant, there was good entertainment, and plenty of restaurants to choose from. We enjoyed the buffets of both Caesar's Palace, and the Bellagio. I love playing craps, and this stay was good for us. We won a fair bit of money in the casino. 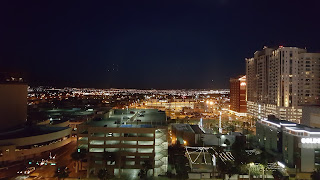 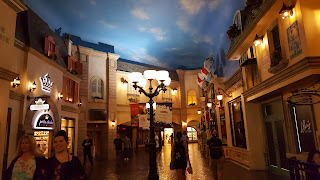 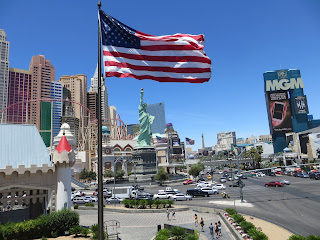 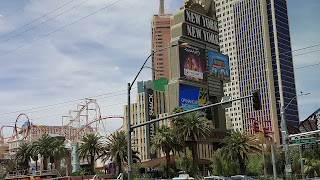 In all, our week in Las Vegas was fun, but we had to move on. As we left, I had to find a secure place to put my handgun, because the west coast is fairly anti-gun. I lowered my spare tire, put my J frame in a pelican case, put the case on top of the spare, and then raised the spare. Off to California!

Posted by Divemedic at 2:00 PM No comments: Links to this post

After a couple of days exploring the Grand Canyon, we headed north east to where four states (Utah, Colorado, Arizona, and New Mexico) come together in one spot. 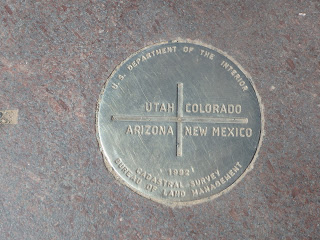 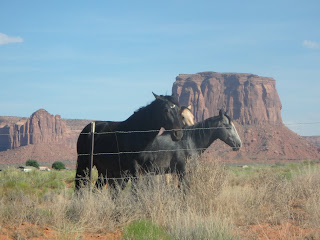 After a short time looking around, we headed west. We ended the day in Page, Arizona, where we spent the night. 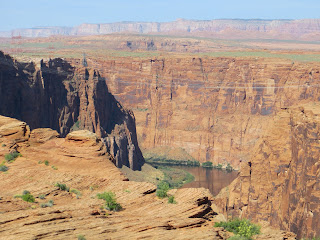 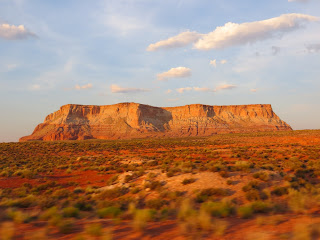 After a good night's sleep, we continued westward and found ourselves at Zion National Park. It was our original intention to spend a day or two in the park, but it was incredibly crowded. We spent over an hour stuck in stop and go traffic, just trying to move a couple of miles. There was no parking to be had. We finally moved on, and headed for Las Vegas.
Posted by Divemedic at 2:21 PM 1 comment: Links to this post

We left San Antonio and spent the next 3 days travelling. We stopped in El Paso for the night, and were up early on our way to Las Cruces, NM to have a bit of fun at the White Sands missile range. We went sand sledding. It was a blast, but I did bruise my tailbone racing some kids to the bottom of a dune. That sand is harder than it looks. 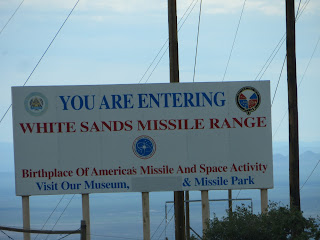 While we were driving through White Sands, I was amazed at seeing signs like "Secret US Government Laser Test Facility," thinking how un-secret it was to have a sign out front. The government works in strange ways.

After a morning of playing around, we moved on. We drove to Tucson, where it was 108 degrees Fahrenheit, and spent the night. The next day, we headed north to see Sedona, and ended this leg, to spend the next two nights in Flagstaff, which we used as a base to check out the Grand Canyon. Thus ended the first week of the trip... 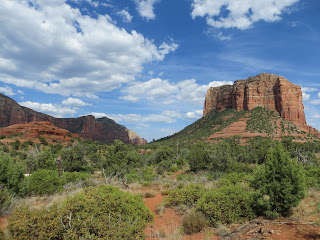 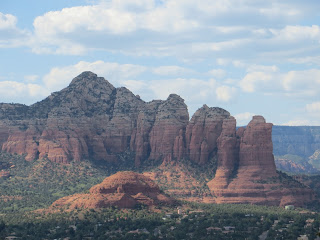 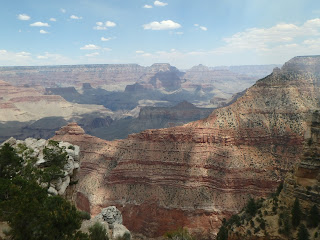 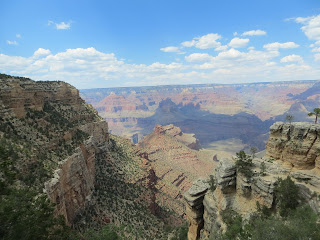 I missed it while I was travelling, but as of July 11th, this Blog is ten years old. Here is a link to my first post.
Posted by Divemedic at 8:19 PM No comments: Links to this post

From New Orleans, we headed west. A day's drive took us to Gonzalez, Texas. We spent the night there before moving on to San Antonio and staying there for a night. We rode a boat around the Riverwalk and went to see the Alamo. After the Alamo, we went to dinner and had Mexican food chased by some pretty good Tequila.

One thing that was a bit of a problem was that the hotel we stayed at (the Hilton) was posted with signs prohibiting both concealed and open carry. We were not aware of this when we booked. Since we had already paid (nonrefundable) for the room, I adopted a "don't ask/don't tell" policy, and brought my firearm in anyway. We also decided to not stay in a Hilton hotel again. My money will go elsewhere, and I am sure Hilton won't miss the business, but we DO stay in hotels for about 45 days a year, on average. 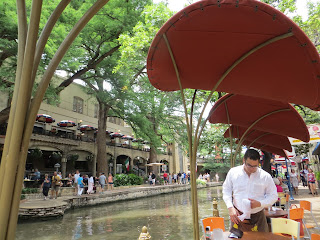 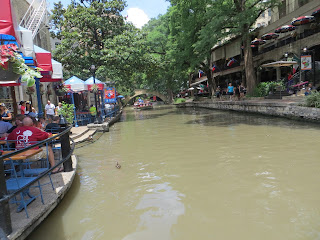 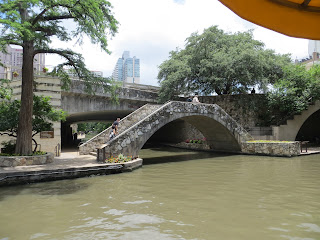 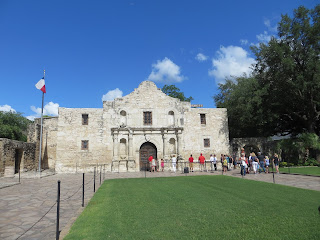 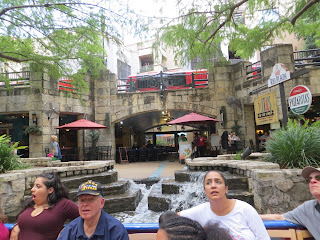 My vacation is complete. We were gone for 50 days, travelling over 13,000 miles through 27 states. This was the longest vacation that I have ever done, and we saw quite a bit.

We began our trip at 5 in the morning, leaving for New Orleans. Travelling down Interstate 10, we arrived in Mandeville, Louisiana at lunchtime. We stopped by my father's grave, and then had some really good Roast Beef Po' Boys. Roast beef Po' Boys are easily my favorite sandwich. It is roast beef cooked in gravy, and served on French bread. I always get them "dressed," which is with mayo, lettuce, tomato, and pickles. 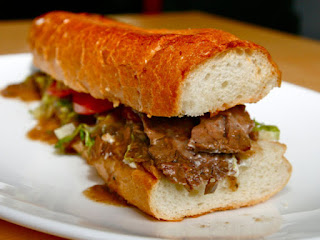 They are messy, bad for you, and totally delicious. Seriously, try one.

After we ate, we drove across the Ponchartrain bridge and into New Orleans. We stayed in a hotel in the French Quarter, and spent two days enjoying Cajun food, Beignets, and jazz music. One of our visits was Preservation Hall. This Hall is working to preserve traditional New Orleans jazz. The musicians who play here have been playing for 30 years or more. Incredible talent. The only bad part was that it began raining the first night, and rain continued until we headed west. 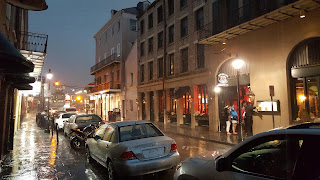 This incident is clearly brandishing.

The next time someone tells me that I don't need to carry a firearm because I can simply use pepper spray, I am going to show this article to them...


When Reyes still wouldn't leave, Mosley sprayed him with pepper spray that he had attached on his keychain... at which point Reyes grabbed a machete and repeatedly struck Mosley... Police said Mosley was semi-conscious when they arrived, suffering from severe injuries to head, torso and arm, and his hand was nearly severed. The 63-year-old man was airlifted to a local trauma center, where he was in "extremely critical condition" before he died Saturday


Pepper spray failed, because the assailant was high on narcotics. A firearm would have worked much better.

The travels continue. We parked the car in Seattle and took a bus to Vancouver. Once there, we caught a cruise ship through the inside passage into Alaska. We stopped in Ketchikan, Juneau, Skagway, and Hoonah, Alaska. The cruise ended in Seward, and then we took the train up through the state, with stops in Anchorage, Talkeetna, the Denali National Park, and Fairbanks. In all, we spent two weeks in Alaska.

We then flew back to Seattle and retrieved the car. We drove through Washington, Idaho, and Montana.

I bet you are wondering how we stored my handgun. Before we entered California, I placed it in a Pelican case with desiccants and oxygen absorbers, lowered the spare tire from under the car, and placed the case on top, and raised the tire back up. Once we left Washington, I lowered the tire and retrieved it, none the worse for wear.

We continue on our journey...
Posted by Divemedic at 10:14 AM No comments: Links to this post