Now that I am dating a new woman for the first time in a long while, I am facing a problem that many in the gun community face: how your date feels about guns in general, and concealed carry in particular.

My new girlfriend was born and raised in New York. The attitude that is fostered there when it comes to guns in pretty well known to those of us in the gun community. My current girlfriend's opinion towards guns is a sticky problem, but not insurmountable.

She has never fired a gun before, but says that she would love to learn how to shoot. She has never even HELD a firearm before. As far as concealed carry, she states that she once went alone on a 5,000 mile road trip up I95 from Florida to Maine, across to Chicago, and back down to Florida without needing a gun, so she doesn't see why I feel the need to carry one. After all, she reasons, if an unescorted woman can make a long trip like that without needing to carry a gun, why should a man need one?

We were at a baseball game this weekend (the Rays v the Yankees- she is a Yankees fan) and a fight broke out in the crowd. One of the trouble makers was being escorted out by a cop, and he decided to punch the cop in the face. The cop took the guy down hard with a leg sweep. The assailant landed on his face hard enough that I heard his face hit the concrete from 30 feet away. After it was over, she was visibly shaken, and told me that she doesn't like violence, and it makes her sick to her stomach. (Of course, she keeps a baseball bat under her bed in case of burglars, so I guess she isn't TOO afraid of violence. Women.)

I explained to her that I am morally opposed to the initiation of violence against anyone, and that I believe it to be morally wrong for one person to initiate force against another. With that being said, I also believe that we are each responsible for our own protection. I view carrying a firearm to be similar to having a fire extinguisher: It is good to own one in case there is a fire, because when you need one, nothing else will work as well. That doesn't mean that you are hoping for a fire, just that you want to be prepared if there happens to be one.

Like fire extinguishers, certain situations and neighborhoods demand that you own different fire extinguishers and keep them closer at hand than do others. For example, Orlando has a violent crime rate of 10.34, which is more than double the average Florida rate of 4.87, while the community where she lives has a crime rate of just 1.15. Statistically, you are far less likely to need a firearm in her community than you are in Orlando, or even where I live (which has a violent crime rate of 3.91).

So for now, I have accepted that I just don't carry when I am in her town. I know that the risk is not zero, the already unlikely event that would require a firearm is even less than where I live. We are talking 90% less. I will teach her to shoot using my .22LR Mosquito, and eventually she will come around to see that guns are not scary. Who knows, I may even stop carrying for good when in her town. We will meet in the middle, I am sure.

What is going to be hard is the road trip we are doing this summer. We are driving from here to New York to see her family. Even if I wanted to have a weapon, I cannot. That will be a new experience for me, as I have carried a weapon for over 20 years.
Posted by Divemedic at 12:35 PM No comments:

It is said that there are two political schools of thought: People who believe that everyone needs to be told what to do, and people who do not believe so. The busybodies who want to control everyone are the ones who seek political power, and it seems that they are taking a firm hold everywhere. We see this in Broward Palm Beach counties in South Florida:

An idea that drew national attention when Broward County School Board Member Rosalind Osgood suggested the district needed a dress code for parents and school events may have gained a little traction in Palm Beach County as well.
Palm Beach County School Board Member Karen Brill on Wednesday said she had asked Superintendent Wayne Gent to schedule a discussion item for next week’s school board meeting on the idea of enforcing some sort of dress standards for adults visiting schools or school-sponsored events.

“It’s just the right thing to do for parents to do to model good behavior for their children,” Osgood said. “It’s really encouraging children to dress to impress.”

Telling people how to parent and what to do. Look, do I think that some people dress like slobs, sluts, or just plain bums? Sure I do, but it is not my place to tell other people how to dress, simply because I don't like it, and I expect the same courtesy from others.

South Florida, once being an area known for a "live and let live" philosophy, is being overrun by New York busybodies who want to make the area exactly like the busybody city of New York.

“It’s just the right thing to do for parents to do to model good behavior for their children,” Osgood said. “It’s really encouraging children to dress to impress.” - See more at: http://blogs.palmbeachpost.com/extracredit/2014/04/17/parent-dress-code-idea-moves-north-to-palm-beach-county/#sthash.zKjgVzVn.dpuf

Seen on the book of faces 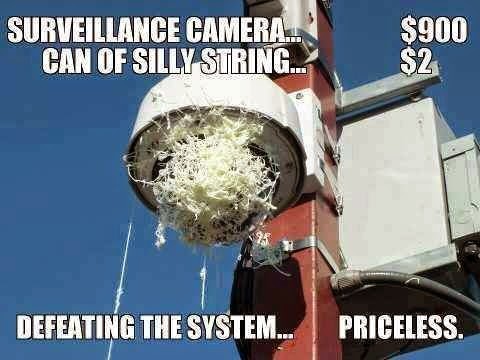 There are many who would have you believe that the economy is doing well. After all, the DOW is up, right?

There are many signs that the economy is not doing as well as some would have you believe. For example, there is a shortage of medications that paramedics rely on for treating their patients.From the article:


What is the cause of this shortage? The federal agencies seem to be blaming each other, support organizations seem to be blaming the manufacturers, and most seem to blame the regulators. All this makes us—administrators of EMS systems—want to go swallow some Mentos and a Diet Coke.

This is nothing new. I remember as far back as 2010, we were having to use medications several months past their expiration dates, because failing to do so would have meant the patient got no medication at all.

A shortage of a certain item does not necessarily mean that the item is not being produced; rather, it means that the amount of the good demanded exceeds the amount supplied at a given price. Since the price for EMS drugs is zero from the standpoint of the consumer (thanks to EMTALA, health insurance, and Medicaid) this means that price for these drugs has become uncoupled from demand. Expect this to accelerate across the entire medical field as health care is paid for increasingly more often by Obamacare.


Posted by Divemedic at 5:30 AM No comments:

It is a crime for a person who has been convicted of a felony to possess or own a firearm or ammunition. Many would think that this is a wise law, as we certainly do not want people who are dangerous criminals running around with guns. The problem that I have, is that we have redefined "felony" to mean some pretty silly things.

We can now add "taking a leak on the Alamo" to that list of things that will mean you cannot vote or possess a firearm or ammunition for the remainder of your life. That is because a judge has ordered a 23-year-old El Paso man to spend 18 months in a state jail facility for urinating on the Alamo.

Posted by Divemedic at 8:15 AM No comments:

In the recent Bundy affair out west, many conservatives have had a field day, complaining about the so-called First Amendment zones that the BLM set up, to restrict protesters to certain pre-approved areas. I have seen multiple bloggers complain about the policy, and then cite Obama as the bad guy.

I don't think that is the idea behind the First Amendment at all.
Posted by Divemedic at 6:39 PM No comments:

I had a good trip. The weather was beautiful, the cruise relaxing. 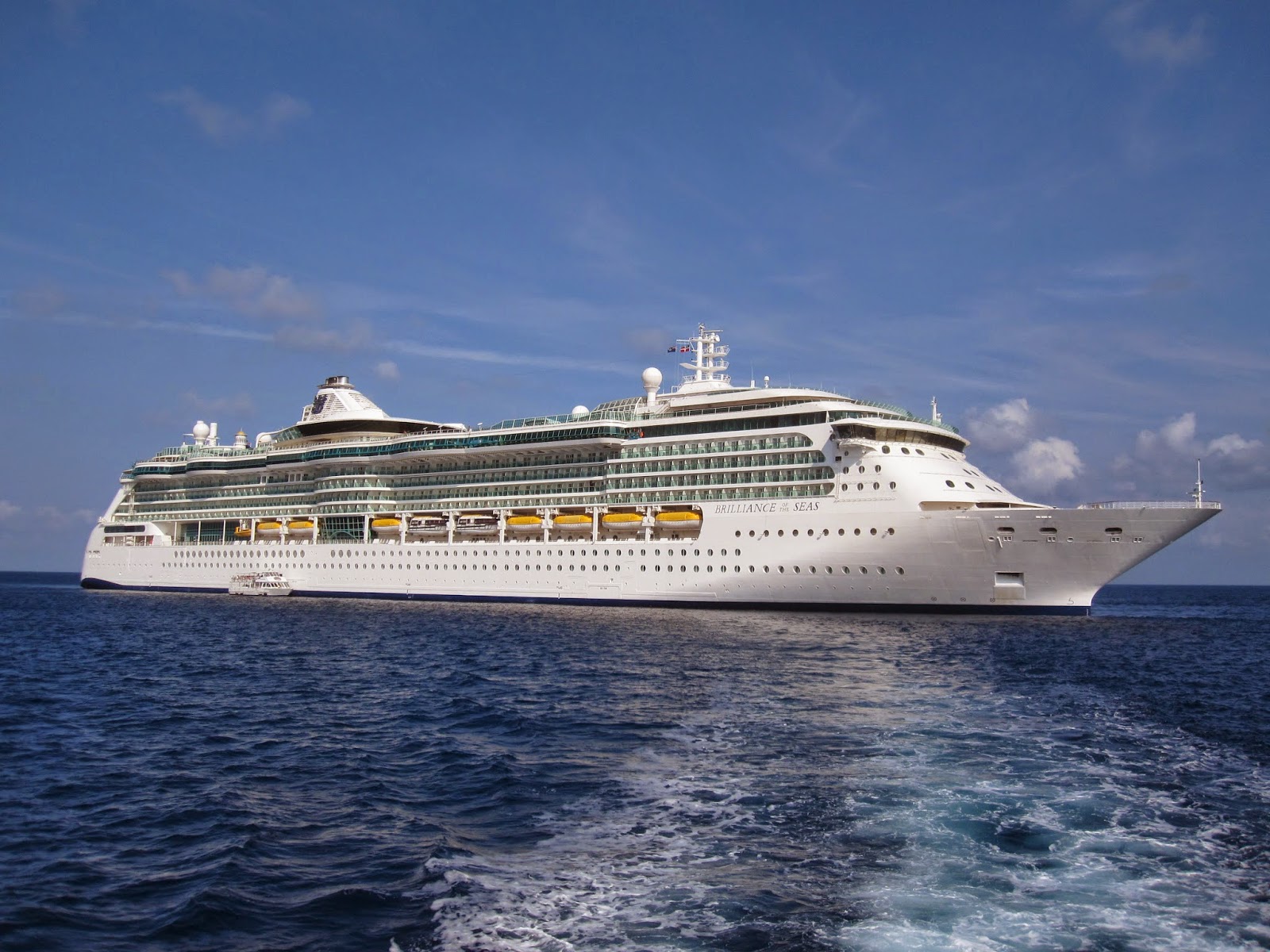 No cell phones. No email. No news, no television of any kind. We were cut off from the entire world for a week. Nothing but sun, alcohol, and fun.

The only problem is that I didn't want to return.